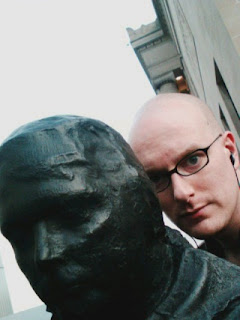 I can't tell you how shocked I was when I got up late yesterday afternoon and found out that Mac had passed away. Probably many of you know how shocking it was because likely you were as shocked as I. At first I thought it must be some sort of sick joke, but once I read through posts by Paul Kimball, Nick Redfern and Greg Bishop, it sank in that it was actually true.

It always seems like a waste when someone so young dies, but most especially in Mac's case given his intelligence and the fact that he was an all around good guy. I can't think of one person that didn't like Mac, even those that may have disagreed with him on certain issues still liked him.

Even though Mac was only 34 years old I think he had a profound effect on many aspects of what is called Ufology. With the new book coming out we still have even more to hear from Mac and my guess is that he will not soon be forgotten.

I stole that top photo from Mac's flickr photos. Below is the last photo that Mac ever posted to his flickr account and I think it should put at least a slight smile on your face - 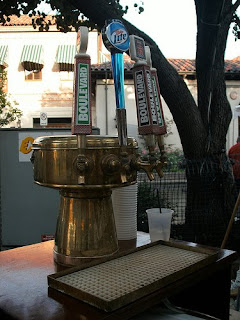 There will be no regular news posts here today, just links to posts containing memories of Mac. However, if you must have your news fix try Alien, UFO and The Paranormal Times.

BTW, I have been adding new links throughout the day, so if you come back later check for new ones.
Posted by LesleyinNM at 12:29:00 AM

Wow. Just now found out. Unreal. My thoughts and payers to Mr. Tonnies family and friends.
Rest in peace Mac.

I loved Mac and his work. Of all the bloggers that I read, Mac always impressed me the most. His thoughts and ideas that went into his work were always such a far reach from anyone elses.

I too did a post about Mac and especially his friends to show my readers how much Mac was adored and loved. I thought you might like to see it since (like you) I posted some 'firsts' and some 'lasts', which everyone will find interesting.

What a loss and at such a young age.

In Memory of Mac Tonnies

That is awesome! I don't know where you get the time to do all the graphics and stuff you do!