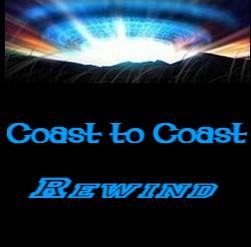 Sunday - Prediction Special - Noory hosted Joseph Jacobs, Louis Turi, Paul Guercio, Hans King, Sean David Morton, Gerald Celente, Robert Camp and Aaron Donahue and each were given a 30 minute segment (less commercials) to give their predictions for 2006. All ready one of them, Sean David Morton, has been proven wrong. SDM said that USC would win against Texas 55 to 21. USC lost to Texas, final score Texas 41 to 38.
Monday - Edward Malkowski joined Noory to talk about early Egypt. This show was OK, probably not something I would listen to twice though.
Tuesday - Sylvia Browne gave Noory her predictions for 2006. If this was suppose to be another promo for Noory’s PPV prediction special, it backfired on him. Sometime during the show reports came out that the miners, except for 1 had been found alive. Noory asked Browne if she had foreseen this and she answered “I knew they would be found.” Given the question, which was asking if she knew they would be found alive, this was taken to mean that she did indeed know that. Later, when it was found out that they were dead she tried to say she only meant they would be found, but not necessarily alive. If that is what she meant (and I don’t think it was) then I should be on c2c predicting things because I could have predicted they would be found, if I didn’t have to predict whether they would be dead or alive. Of course, they would be found. There is no way the families would let the mining company rest until they were found.
Wednesday - Keith Morgan was suppose to be talking about UFOs in the media. This was Keith’s first time and I had been hopeful, but ended up a bit disappointed. The first hour was mostly Hoagland with Keith being allowed to comment briefly in spots. The next two hours seemed to me to be spent not talking about UFOs, but rather Nostradamus predictions. Still, I found this show fairly entertaining and wouldn’t mind seeing Keith return in the future.
Thursday - This show started out on a sad note with the announcement of the death of Ramona Bell. Personally I think Noory should have moved Glynis McCants to Friday and had open lines because I don’t really think it was fair to Glynis to have her on after that news. Nonetheless, Glynis turned in a fine performance. As everyone probably knows by now I do not believe in remote viewing or other prediction methods. I am not sure I believe in numerology either, but I do enjoy Glynis. I don’t like the fact that I share the same life path number as George Bush, but I guess I have to live with that. Still trying to figure out what Glynis meant about her husbands face being a Christmas tree, I think that he must have many piercings.
Friday - Steve Quayle was guest for the first two hours. For those of you who don't know, I am a big Quayle fan so I enjoyed this very much.
Saturday - Ian Punnett welcomes back Peter Lance and I welcome back Ian after his two week absence! I missed at least a hour of this show and the wild story Lance was telling was a bit hard for me to follow. It did seem like a wild story though, the mafia, the Moslems and something about NYC Police being fired or shot, or maybe both. I will have to listen to it all later and try to make sense of it.

My favorite show this week was the Sunday prediction show even though I can’t think of anything that was said that I would bet money on happening. Prediction shows are entertaining, but not really informative.

Have you figured out what network will be hosting Noory and Predictions 2006? Surely it will also be broadcast on the dish, not just cable...... Seems a natural for the Sci-Fi channel.......

It is on pay per view, In Demand. Not going to be on a free channel, though I am sure eventually it will make it's way to one.